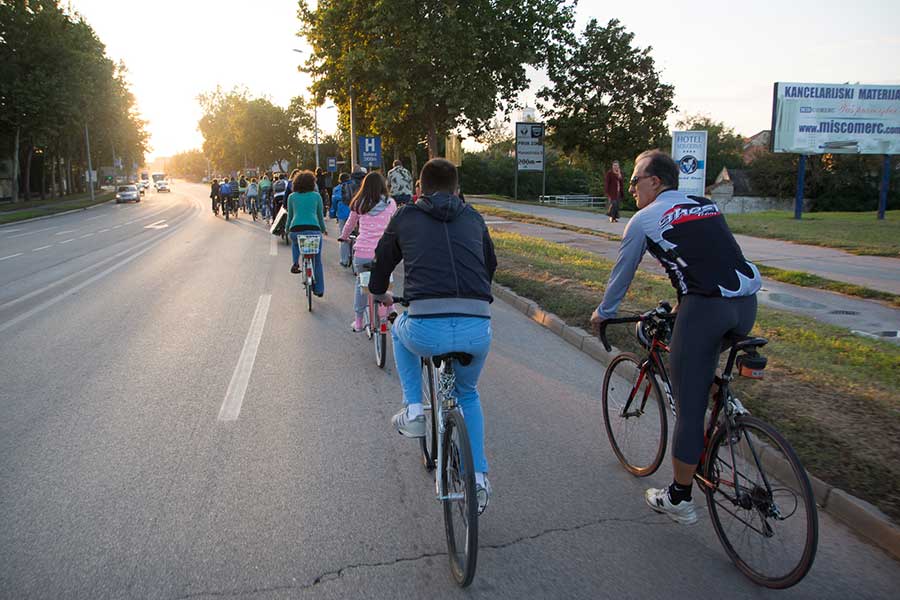 Provincial Finance Secretary Smiljka Jovanovic participated in a promotional conference on the occasion of the opening of the Regional Center for the Development of Cyclotourism – the first center of its kind in Serbia, located at the very border with Romania near Srpska Crnja.

In this way, the completion of a project funded from EU funds through the cross-border cooperation program Serbia – Romania is marked, with the realization supported by a provincial budget of close to 50 thousand euros, or 92 percent of funds that, as their own participation, should be provided by partners from Serbia.

Provincial Finance Secretary Smiljka Jovanovic emphasized that AP Vojvodina provides support in the use of funds from available EU funds through three mechanisms, with the aim of the provincial budget to be the backbone of financial support for project bearers financed by the EU in the territory of the AP Vojvodina, especially when the issue is less developed municipalities.

The project called “Tour de Banat”, whose total value is close to 536 thousand euros, has gathered three partners, Nova Crnja municipality as the project bearer, the municipality of Žombolj (Romania) and the Regional Center for Socio-Economic Development Banat, about a common idea to contribute sustainable economic development of the region, through strengthening of cross-border tourist offer and creation of conditions for the development of cyclotourism.