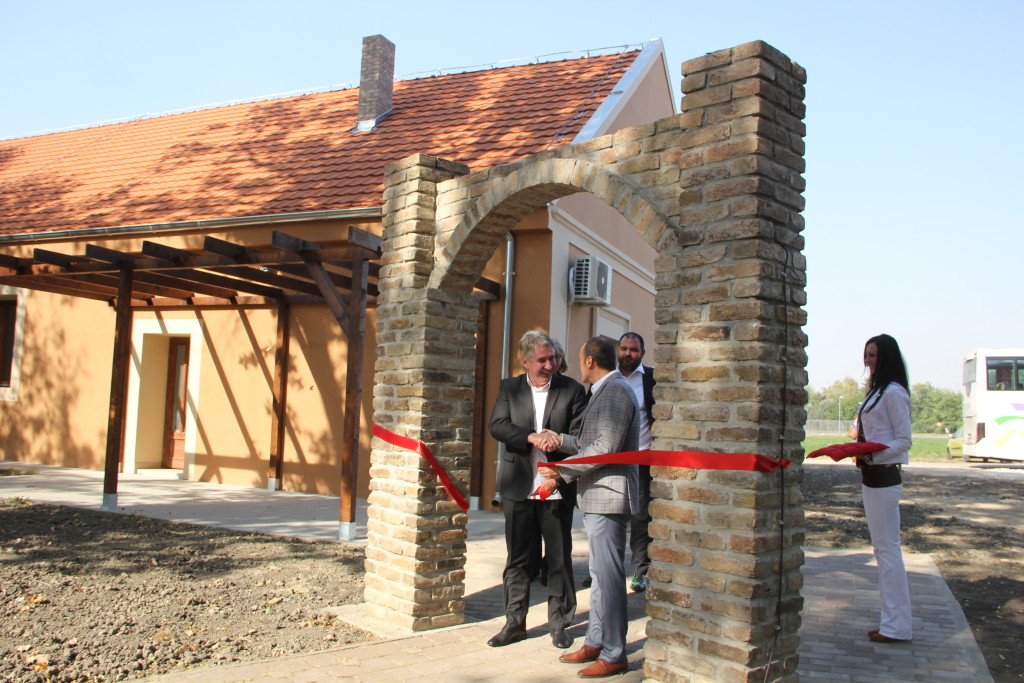 Today’s opening of the Regional Center for the Development of Cyclotourism in Srpska Crnja completed the project of cross-border cooperation between Serbia and Romania “Tur de Banat”, which aims to develop cyclotourism in this region. Municipality of Nova Crnja is the project leader, and the partners are the Romanian municipality Žombolj and the Regional Center for Socio-Economic Development Banat (RCR Banat).

The opening of the Center was also attended by cyclists, participants of “Cyclofest”, who for two days were driving new tracks created within this project. On the first day, they left the Tourist Farm in Žombolj, driving a route called “Jimbolia sightseeing”, followed by the flow of Begea to Timisoara, and now they have traveled from Romania to Srpska Crnja. The opening ceremony was attended by the mayors of Nova Crnja and Žombolje, representatives of the RCR Banat and the Provincial Government.

The project is financed by the Interreg IPA Cross-Border Cooperation Program Romania-Serbia, and the total value is EUR 535,933. This program is funded by the European Union under the Instrument for Pre-Accession Assistance (IPA II), co-financed by the participating countries.