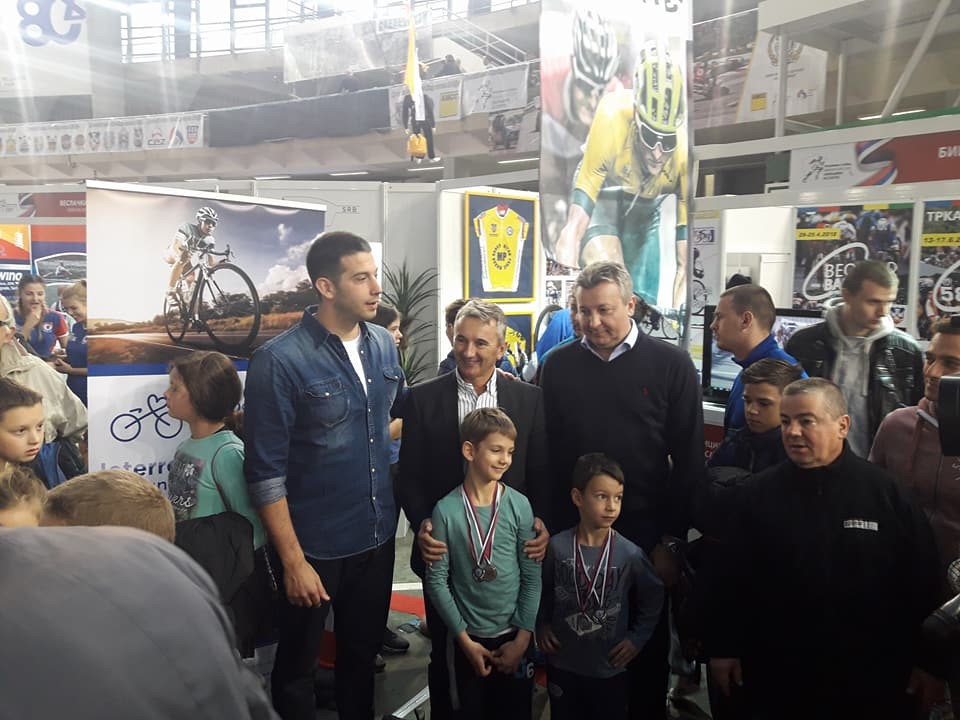 In the period from 24th to November 26th, the sixth International Sports Fair 2017 “Serbia Country of Sports” was held in Belgrade, under the auspices of the Ministry of Youth and Sports. The fair has gathered a large number of exhibitors (more than 150 territorial sports federations, 87 national sports federations, representatives of the most important sports institutions in our country participated in the fair, from the Ministry of Youth and Sports, the Sports Union of Serbia, the Paralympics and the Olympic Committee of Serbia, as well as the most important national sports and educational institutions). During three days, the fair was visited by over 60.000 visitors.

On the third day of Fair, the project „Tour de Banat“ was successfully presented at the stand of the Bicycle Association of Serbia, and visitors had the opportunity to get acquainted with the project, its activities and new possibilities for the development of cyclotourism in the region. The stand was also visited by the Minister of Youth and Sports in the Government of the Republic of Serbia, Mr. Vanja Udovicic, who handed out bicycles to the winners of the bicycle race of schoolchildren.

This is the first result of the cooperation between the project “Tour de Banat” and the Bicycle Association of Serbia, whose president Mr. Branko Banovic is one of members of the project Cyclo Group.