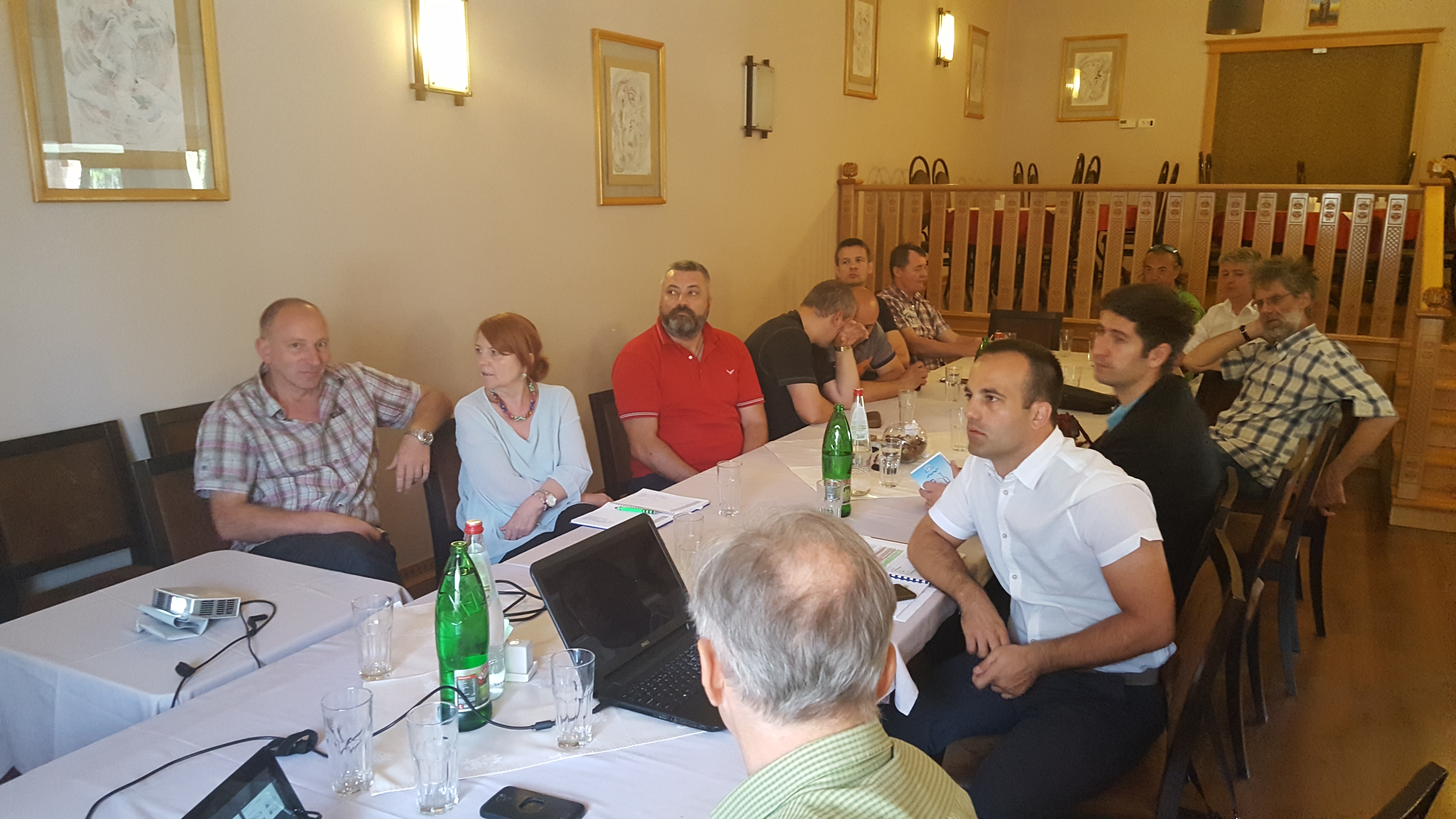 The second meeting of the Cyclo Group took place in Srpska Crnja – Premises of „Grofov Merak”, on the 29th of May 2018. The meeting was attended by the majority of Cyclo Group members and the members of the management team, as well as representatives of Municipality of Jimbolia.

Mr Jovan Eraković – Project Manager, made a quick brief on the project coverage area – project zone and EuroVelo routes which passing through and have influence on the project, also he considered another important route in the region – bicycle track between Timisoara and Zrenjanin, as being the shortest route between the two cities, with conclusion that the project zone offers good chances to connect to important cycling routes and cycling path. Mr. Eraković presented all 4 DeTours network and signage with vertical traffic signs and painted signs:

Cyclo Group members discussed and agreed on proposed development of architectural structure of the web portal, with all subsectors on the portal, as well as plan for mobile application development and maps making.